Article Statistics on Mobility in the Workplace: Productivity Improves

Can mobility in the workplace make employees more effective while helping to streamline productivity? All signs point to yes.

According to iOffice, a company devoted to connecting the digital workplace, there are six innate advantages of workplace mobility. These include increased collaboration, improved flexibility, enhanced communication, a tailored user experience, reduced talent churn and increased revenue potential.

Bring Your Own Device (BYOD) workplaces, in particular, are popular with employees because of the freedom device ownership affords. While the need for a delicate balance of security and device ownership will always exist in a BYOD environment — the reason more than 60% of employees are hesitant to bring their own devices to work or connect them to the company network, according to Forbes — the right approach does increase efficiency.

A number of studies have been conducted on the BYOD workplace to determine whether or not it improves productivity. A report by MyCloudIT found workers are more productive when they can bring their own device, and when workplace mobility is encouraged.

According to VMware’s 2016 The State of the Digital Workspace report, the BYOD trend in the modern workplace is strong, with 42% of survey respondents actively executing a BYOD program and 26% successfully executing. Only 11% have not deployed a BYOD program.

Even more telling, a 2016 Syntonic assessment of the use of personal smartphones for work found that 87% of companies expect their employees to use their personal devices for work purposes, as shown in Figure 1. Of those respondents, 77% anticipated that number would increase within a year’s time.

Workplace developer Steelcase surveyed more than 12,000 office workers across 17 countries to discover the correlation between office space and employee engagement. The research revealed that 88% of highly engaged employees have control over their workplace. BYOD provides some of that control.

The study also unveiled that only 26% of U.S. companies represented provide employees with mobile phones — the lowest number for any country.

A survey by Tenable found that 72% of companies already have a BYOD-friendly policy and allow employees to bring their own devices to work.

Custom applications are the new trend.

A 2016 CITO Research study conducted on behalf of Apperian resulted in significant findings that purport the effectiveness of custom applications for enterprises and their link to improved employee productivity:

Further workplace mobility statistics derived from the study include:

Wearables in the workplace

Along with workplace mobility and the BYOD revolution come wearables.

Compass Intelligence forecasts the enterprise wearables market to grow a whopping 139% between 2015 and 2019. Much of that is driven by the health benefits of wearable devices. But they offer numerous other pluses to businesses as well and, like their BYOD counterparts, can increase productivity.

In fact, according to a TechRepublic article, 49% of respondents to a PwC survey believe wearable technology in the workplace will improve efficiency. Interestingly enough, 37% believe the technology should be adopted, even if there’s no clear-cut increase in efficiency as a result. The majority of those polled (67%) feel the employer should foot the costs of any wearable tech in the workplace. And only 25% are concerned about privacy from using company-owned wearable devices.

Adoption rates for wearables in the workplace are on the rise, too, explains a report Salesforce Research, which found that 86% of companies surveyed expected their wearable technology spending to increase this year.

Market intelligence firm Tractica concurs, forecasting worldwide wearable shipments to reach 430 million units annually by 2022, the majority of which will be smartwatches. Salesforce Research data backs that up, as seen in Figure 2: 49% of wearable adopters forecast that smartwatches will have the greatest impact on the enterprise. “Enterprise and industrial wearables are still a very small portion of the overall market, although their share of the total market is expected to grow over time,” the Tractica study reports. “Fitness trackers are seeing large-scale adoption in corporate wellness programs, smart glasses are continuing to experience a growth in trial activity with pilots converting to commercial deployments, and smartwatches like the Apple Watch are beginning to gain greater attention from enterprise-focused app developers.”

Mobility in the workplace is a relatively new tech trend. As these devices become more powerful, expect to see their adoption rates improve exponentially. For the time being, it’s exciting to be part of a workforce that’s increasingly being powered by emerging technology as it matures.

Find a mobility solution for your workplace. Insight partners with the leading providers of mobility technology and software solutions.

Calling on the Cloud, Making a Case for UCaaSArticle /6 Jan 2020 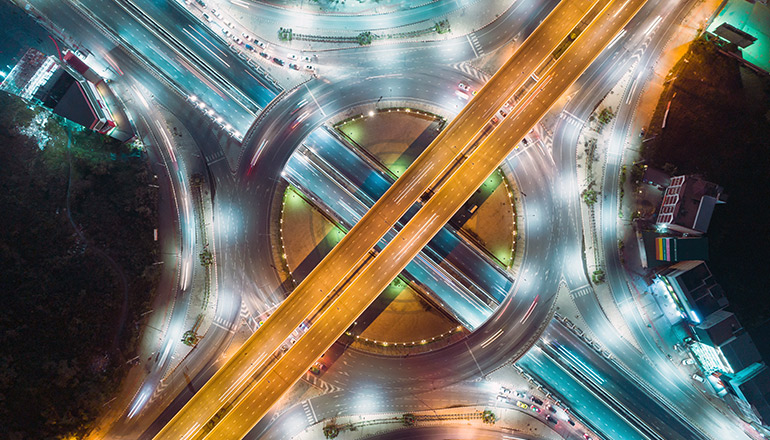 Beyond the Enterprise: Building a Mobility Strategy for Small to Midmarket Businesses Article / 18 Mar 2020

Networking and Mobility with Cisco and Apple Article / 29 Jan 2020